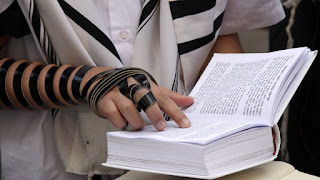 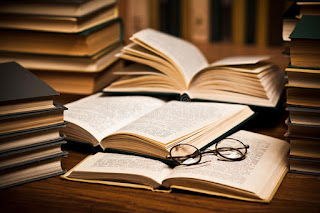 Hallel on Rosh Hodesh: With or Without a Berakhah? 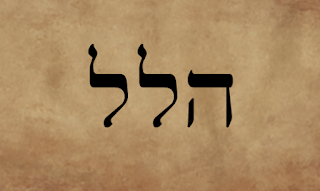 Listen to this morning's class, "Hallel on Rosh Hodesh: With or Without a Bearkhah?" here. At the onset of the parashah, we read about God’s promise of blessing to Avraham for following His command. In addition to wealth and progeny, God promised Avraham a “great name” for going forth on a journey into the unknown (Bereshit 12:2). Reading this story within its larger context, the relevance of a “name” is somewhat predictable. Immediately prior to God’s call to Avraham, we read about the builders of Bavel, whose misguided construction was driven by their will “that we may make us a name” (11:4). That story was followed, in turn, by the elaborate lineage of Noah’s son Shem – or “Name” (11:10-26). What is the relevant lesson of this drawn-out story about names?

Let’s first consider the initial acts of “naming” in the Torah. God named His creations during the days of creation. He called the light Day and the darkness Night (1:5), the vault (rakia) – Heavens (1:8), dry land – Earth, and the gathering of waters – Seas (1:10). Following Adam’s creation on the sixth day, God handed him the “power of naming”: “And whatever Adam called a living creature was its name” (2:19).

Giving names manifests our Godlike ability to reason. The name of any given entity represents its uniqueness. To give one requires an elaborate knowledge of the world and the ability to recognize its particularities by comparing the similarities and differences of one thing to the others. It is for this reason that the Torah later referred to distinguished individuals as “people of name” (Bemidbar 16:2). Since a name represents the uniqueness of its bearer, calling them “people of name” was effectively describing them as “unique people.”

Our privilege to name began with God’s invitation to Adam to name the animals. The people of Bavel wished to continue that legacy with an ambitious building project to establish their own name. But God foiled their plan. He taught that although it is natural to give names to others, it’s unhealthy to name ourselves. A genuine name of distinction is not to be seized through power or conquest, as the builders of Bavel then believed, but must instead be received as a product of our accomplishments.

Fascinatingly, the mention of a name would soon again appear in the story of Avraham. This time it had nothing to do with Avraham’s name, but that of God: “And he built an altar to God and he called out in the name of God” (Bereshit 12:8). Avraham then declared the singular existence of God by mentioning his name. Indeed, the Rabbis taught that Avraham was the first human being to refer to God as Adon, or “Master of the universe.”[1] God’s very own name, then, didn’t emerge from His own pronouncement, but was rather discovered by another.

God’s promise to Avraham of a “great name” contrasted with the prevalent notion of that generation. It was a subtle lesson in how the builders of Bavel misunderstood the merits of distinction.  God cautioned us from the attempt to “make a name for ourselves.” He taught that we must, instead, receive a “great name” from others.

Running after a “great name” is a fruitless exercise. Receiving one from others is the merit of a journey of faith.