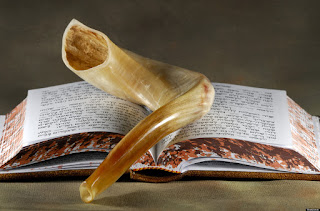 See below for my devar Torah in the newest Qol HaQahal. See it in its QHQ format here.

Striving for More
A Message for Rosh HaShanah


To become aware of the ineffable is to part company with words.
(Abraham Joshua Heschel)

At the very onset of his Hilkhot Teshuvah (1:1), HaRambam set forth a puzzling law. He wrote that the vidui segment of the teshuvah process, during which the sinner states his or her wrongdoings, must be performed verbally. Simply reflecting upon one’s wrongdoings without verbally expressing them misses the mark of proper repentance. Whereas HaRambam generally accepts the halakhic principle that permits performance of verbal mandates through mental contemplation (hirhur ke-dibur), he inexplicably presents vidui as an exception to the rule.

Bearing in mind the repeated viduim over the course of the Yom Kippur prayers, we may sense an emphasis on speech during this time. Our custom to recite Kal Nidre on Kippur night is yet another venue for our focus on speech. Vows, of course, represent man’s unique ability to “create” a halakhic reality – through speech. And Yom Kippur is the time that we emphasize them.

The focus of Rosh HaShanah seems different. Its missvat ha-yom is speechless. It is constituted by a mere sound – the kol shofar. The Hakhamim (TB Rosh HaShanah 33b) in fact taught that the sound of the teru’ah is modeled after the speechless cries of the mother of the fallen general Sisera, as she awaited his return from battle (Shofetim 5:28-30). Speech, it appears, is replaced on Rosh HaShanah by sounds and cries. Why?

In a well-known passage in his Moreh Nevukhim (1:59), HaRambam explained that ideal prayer isn’t performed through verbal expression, but rather through an intellectual connection with the Almighty. Although our human deficiencies mandate verbal expressions of prayer, HaRambam nonetheless noted the resultant limitations on our proper expression of praise to God. Language is a necessary tool for human expression and interaction with one another, because we are unable to read one another’s minds. It is, however, limited. It is impossible for man to express the full depth of his internal thoughts, feelings or beliefs with mere words. The complex inner workings of man cannot be captured by the practicality of language. In short: speech represents the human reality of life.

We may now understand the emphasis on speech during this period, as portrayed by the verbal vidui and hatarat nedarim. The Yamim Noraim represent the time for our approach of the Divine. Ignoring our human essence during this time would constitute a tragic deceit. We stand as internally broken beings because we are humans. We possess human desires, human imaginations and human deficiencies. We attempt to enter into a relationship with God, but honestly state the obvious yet significant at the onset: “We are human and you are God. We would nonetheless like to take another stab at this one.”

Therein lies the essence of the shofar. We have spoken – and we will continue to speak – because we are humans. But we are trying – so desperately trying – for this relationship with the Divine, and for that we seek Godly attributes. The sounds of the shofar – the cries of the mother of Sisera – represent our carefully measured steps toward God.

Cognizant of our human realities, and therefore drawn to the convention of speech, we seek to rise above. We look to erase the speech created by our vows with Kal Nidre, to use our humanly speech to rise above our sins with the vidui, and to ultimately rise above speech itself with the shofar.