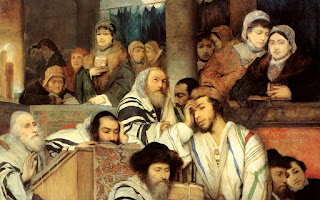 1) See below for my message for Yom Kippur. For the PDF format, click here.

3) Listen to a related class here. Follow along with the source sheet here.

The self which, in his despair, he wants to be – is a self he is not. To want to be the self he truly is –  is the opposite of despair. (Soren Kierkegaard)[1]


The formative years of Avraham’s life are bookended by parallel episodes. His first and last dialogue with God each began with the command of lekh lekha – “go forth.” Both missions entailed separating from family – at first leaving his “land, birthplace and father’s home” (Ber. 12:2) and later parting with Yisshak at the Akedah (22:2). And each of the trials was accompanied by God’s subsequent promise of blessing and bountiful offspring.

Avraham is the Torah personality most often associated with hesed. He demonstrated that trait by caring for and mentoring his nephew Lot after the passing of his father, begging Sarah not to send away Yishmael, and famously sitting at his tent’s entrance in search of needy travelers. Ironically, however, the critical moments in Avraham’s life are best characterized by constant separation from others. In a life that was framed by the famous departures of lekh lekha, Avraham was forcibly separated from his wife Sarah upon descent into Egypt, from Lot on return to Canaan and from Yishmael when he finally settled down. What was God’s intended message to Avraham with all of those separations?
* * * *
R. Shimon said: … ‘Lekh lekha’ – To perfect yourself. ‘From your land’ – From the place of dwelling within you, in which you consider the wisdom with which you were born. ‘To the land that I will show you’ – There it will be revealed to you that which you seek, the power that is appointed over it (the land), which is deep and hidden. (Zohar)[2]

God’s repeated command of lekh lekha entailed more than a simple call to “go forth” (lekh) – it called for a courageous act of individuality (lekha). He challenged Avraham to “go for himself,” forcing him to struggle through the difficult process of identifying himself. Though Avraham was naturally inclined to surround himself with others – as a mentor, guide and leader, God time and again forced him to distance himself from them and grapple with the important questions of “Who am I?” and “What are my true convictions and beliefs?” In the presence of other people, it is often difficult to distinguish our individual thoughts and beliefs from that of the others. In solitude, however, our true selves shine forth.

Approaching Avraham for his final challenge at the Akedah, God prefaced the command by calling out his name: “Avraham!” (22:1) He challenged Avraham to answer the call of his true self-identity. Avraham courageously responded “Hineni – Here I am!” His single-word response reflected his confidence in completing the ultimate test of his life’s mission of self-identity. And as the chilling encounter at Har Hamoriyah wound to an end, God’s messenger appeared to Avraham and symbolically placed a stamp of approval on his success, crying out to him again, “Avraham, Avraham!” Having proven himself with his actions, Avraham convincingly responded, “Hineni – Here I am.” His life’s mission was complete.

Our consistent mention of Akedat Yisshak over Rosh HaShanah and Yom Kippur represents more than just a recollection of past events. It serves as the call to reexperience the challenge of Avraham, and to ask ourselves the important questions of, “Who are we?” and “What are our true convictions and beliefs?” It is the demand that we rise to the task of identifying our life’s goals and ambitions, and courageously answer “Hineni” to the call of our names.